Regional Platform for Disaster Risk Reduction in the Americas

The Regional Platform for Disaster Risk Reduction (DRR) in the Americas is the main venue that brings together key stakeholders and actors involved in DRR from throughout North, South and Central America and the Caribbean. It is a multisectoral participatory forum which reflects the commitments and concerns of governments (national, subnational and local), intergovernmental organizations (IGOs), international organizations (IOs), non-governmental organizations (NGOs), community organizations, scientific and academic institutions, the private sector, donors and the media. 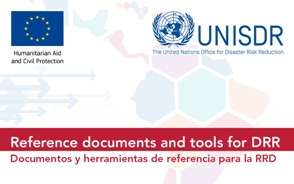 Adopted during the IV session of the Regional Platform for Disaster Risk Reduction in the Americas.
Guayaquil, Ecuador, 29 May 2014. Download in PDF

Annexes to the Communiqué:

Reflections of the representatives of the scientific, technical and academic sector who participated in the Fourth Session of the Regional Platform for Disaster RiskReduction in the Americas

Results of the Previous RP Sessions

RP12
Upon completion of the Third Session of the Regional Platform for Disaster Risk Reduction of the Americas, held in Santiago de Chile in November 2012, commitments and mechanisms for disaster risk reduction and resilience building were agreed upon and embodied in the “Communiqué Santiago de Chile: Investing in Resilience”.

RP11
The Second Session of the RP was held in Nuevo Vallarta, Nayarit, Mexico from March 15-17, 2011. This session had for the first time a collegiate support and advisory mechanism called the Advisory Council. Its outcomes were captured in the Communiqué of Nayarit, which highlighted the need to prioritize DRR at the highest level of action as well as the development of a hemispheric agenda for furthering DRR.

The main thematic areas of focus of the RP11 were: DRR and Climate Change Adaptation; Measurable increases in investment for DRR; Disaster-resilient cities, schools and hospitals; Institutional strengthening of DRR; HFA Mid-Term Review; and the regional key messages to be brought to the 2011 Global Platform. It served to reaffirm the commitment to the guiding principles of DRR and climate change adaptation (CCA), while providing a set of recommendations to the Global Platform.

The RP11 witnessed a significant increase in terms of both the number and level of representation as compared with the 2009 session, thus reflecting growing interest on DRR across the region.

RP09
The First Session of the Regional Platform for DRR of the Americas, organized by UNISDR Americas and the OAS, was held from March 17-19 of 2009 in Panama City, Panama. It sought to bridge the gap between the Global and National Platforms, with the purpose of establishing a formal multi-stakeholder mechanism at the hemispheric level.

It focused on defining responsibilities and priorities for moving forward with a hemispheric DRR agenda in coming years, based on the main trends, challenges, areas of progress and opportunities in the region. The outcomes of this 2009 session included the consolidation and institutionalization of the Regional Platform of the Americas, the strengthening of partnerships, fostering understanding of the HFA reporting mechanism, promoting opportunities for cooperation, and dissemination of DRR information throughout the Americas.

An important outcome of this meeting was the agreement on the need to strengthen the linkage between disaster risk reduction (DRR) and climate change adaptation (CCA), including the identification of their semantic and conceptual similarities and differences. The results of this meeting are contained in the corresponding proceedings.